The Palletteers, the Weather, and Frederiksted

I wasn't sure what the weather would be last Friday so I purposely scheduled us to paint along the Frederiksted waterfront so that we'd have the option to paint in the park if the weather was clear or paint on the covered sidewalks across the street. The morning began kinda iffy, with a rain shower greeting me when I woke up. Then it cleared and I became optimistic that we'd have a sunny day. 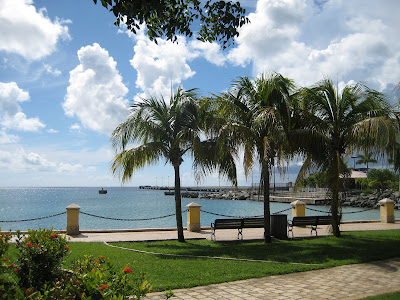 I had to go to the bank when I got to Frederiksted and by the time I had done my banking, the sky had become overcast once again. Elwin and his cousin CJ found me and then Sandy and Sondra came along... we discussed the weather. They decided to head for Polly's and I decided to stay on the corner by the bank across from the entrance to the cruise ship dock. As I set up my easel, drew my scene, and put my paints on my palette the sky darkened ominously. 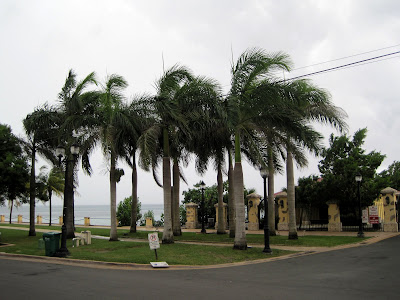 Soon the thunder began, the clouds became even more threatening, and the sky opened up. 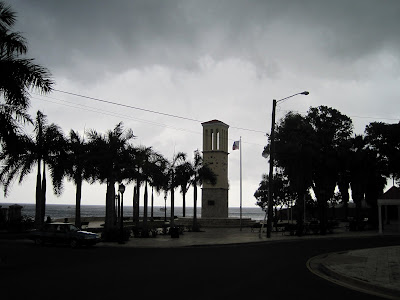 As I tried to capture those dark clouds on my canvas and escape the pouring rain, all the uniforms gathered on my corner to discuss the weather. 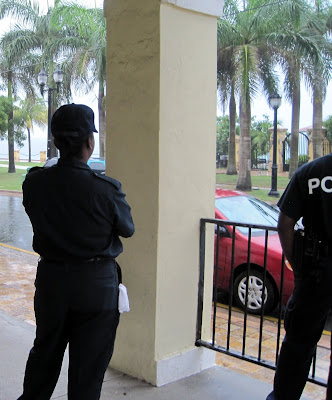 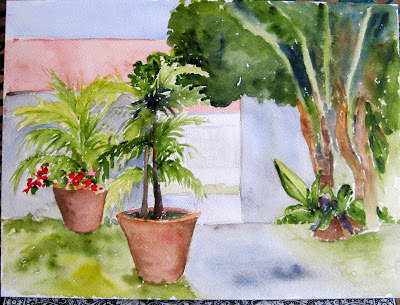 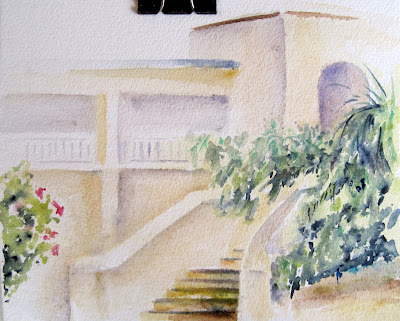 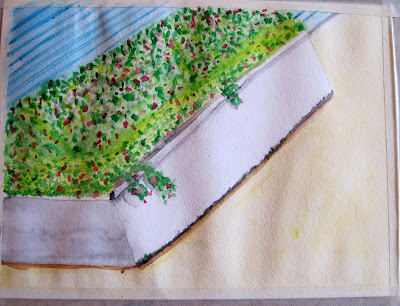 I was also joined by quite a few art critics who, of course, deemed my painting a masterpiece in the making! I think I'll name it "The Leaning Clock Tower of Frederiksted"! I do love my sidewalk art critics because they have such generous hearts!! 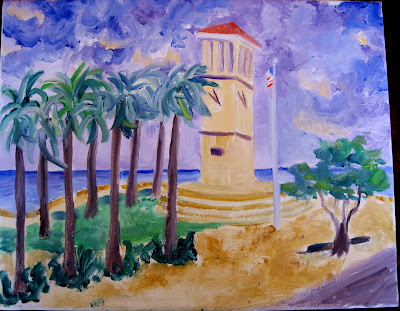 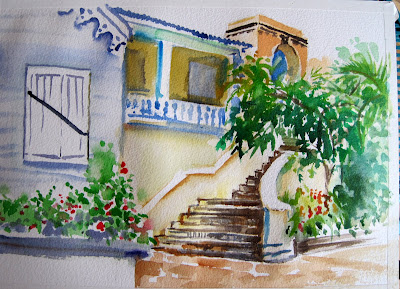 Around 11:30 I packed up my stuff and headed to Polly's where I found that the rest of our group had been painting. We had a great lunch after our show and tell.
Ginger
Posted by andersontg at 5:12 AM

You're a brave woman...watercolors in the rain is no easy trick...lol
I admit I'd have gone off with the rest of your group!

I use oils...still can be a problem in the rain since I don't want water to get into the paints or medium I use.