The weather forecast was not encouraging: 80% chance of thunderstorms with a tropical wave moving through. Flash flood warnings had also been posted. An hour before it was time to leave, this was the scene from my patio.. and it was repeated as far as I could see. A few minutes later, torrential rains poured down on St. Croix. Not a good prognosis for our morning plans to paint at the St. George Village Botanical Garden. 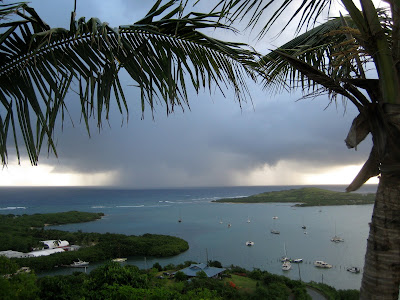 The day was much brighter, though not by much, by the time I arrived at the Botanical Gardens. 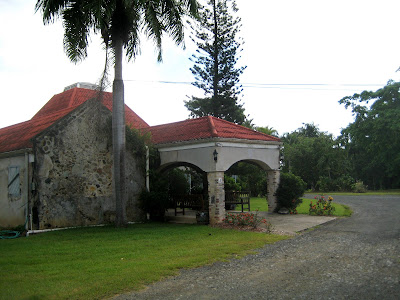 Elwin drove up a few minutes later and we took a walk around the property together, trying to decide what we wanted to paint: the main building, with it's vivid red-orange roof, one of the gorgeous flowering orchids in the orchid house, the cascading blossoms on the Golden Shower tree, some of the historical ruins, the bridge, the lobster claw, or one of the myriad other botanicals abounding on the property? Do we paint under a roof or take a chance and paint in the open? By the time Elwin and I made our decisions, Sondra, Kerri, Marilyn, Chris, Barbara, and Jane had arrived. 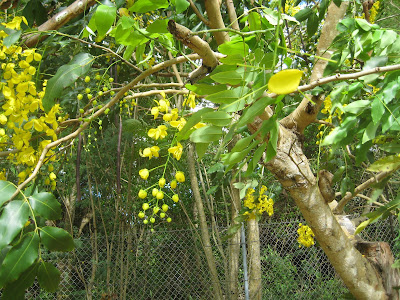 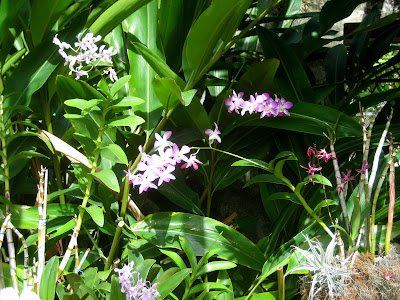 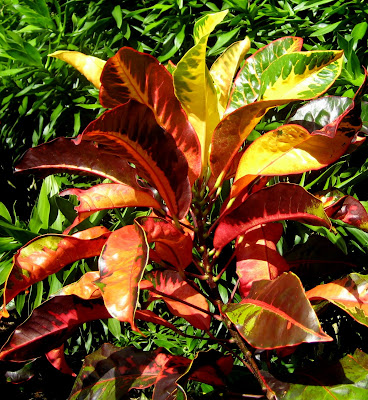 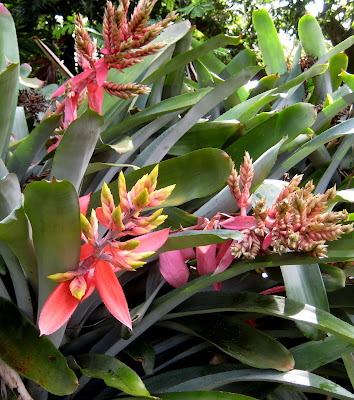 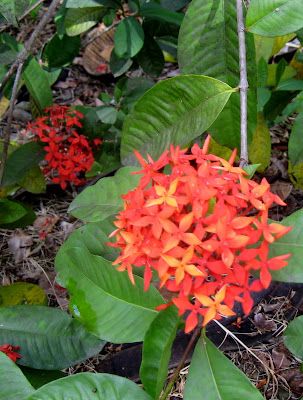 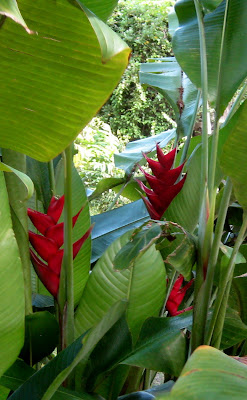 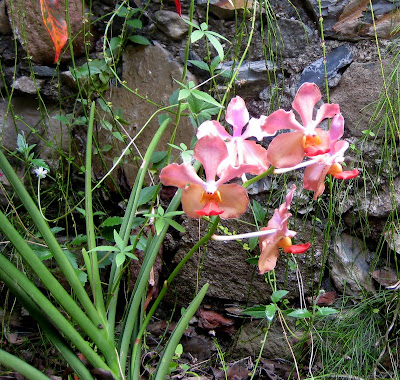 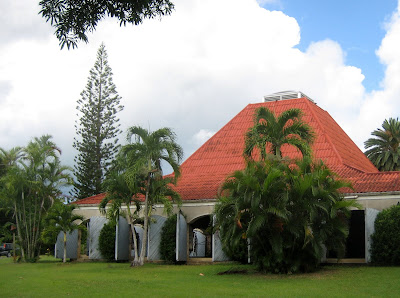 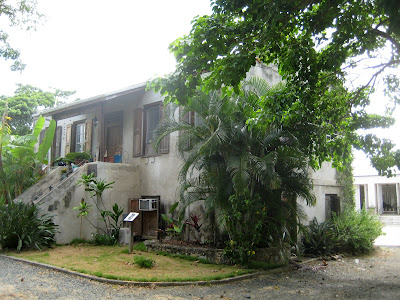 I'd set up under the giant kapok tree near the Great Room of the main building and a light drizzle interrupted my work twice, forcing me to pack up my palette and protect my painting. Fortunately, the rains were short-lived and quickly followed by clear skies. It was only when we gathered at noon and looked around for the rest of our group that we realized that there were only four of us left! Though our numbers were small, we still had a great "Show and Tell." We joked about giving ourselves another name: the Diehards, the Final Four...??? We're open to suggestions:^) 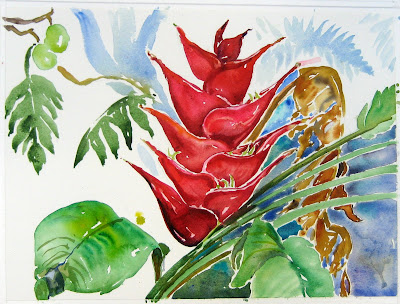 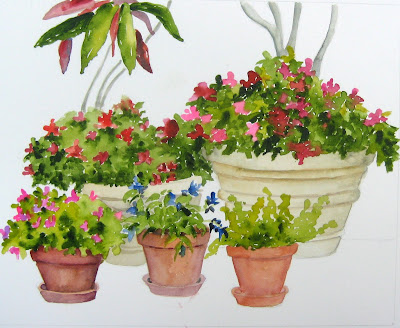 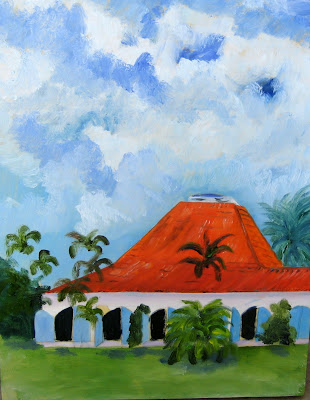 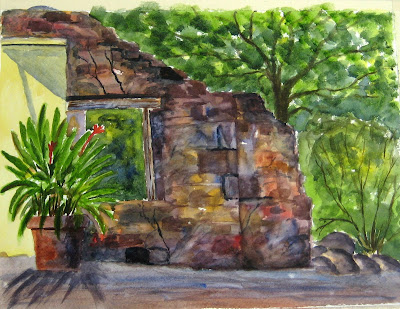 Posted by andersontg at 7:30 AM