The inclement weather did nothing to dampen our spirits when we painted at the rain forest home of Jim and Gail Nealon Friday morning. At the Nealon's gate we were greeted by Petey the peacock. Alas, though we heard his calls at various times during rest of the morning, that was the last we saw of him, so our visions of peacock portraits never materialized. Despite the darkening sky, a few of us decided to set up outside... not, we soon discovered, a wise move. Slower than the others to take cover, I received a thorough soaking from the gusting torrents.. (luckily, I'd packed another shirt). The skies cleared, so, determined to get my painting done, I set my stuff up again and had barely gotten some paint on my canvas when the rains came again! No, I didn't set up a third time and good thing I didn't because the rains continued to revisit us sporadically all morning. Fortunately, I was the only affected by the weather. I was glad to be able to have some time to visit with our hostess, Gail, and annoy the rest of the group, too. We had an interesting show and tell after which we caravanned Creque Dam Road West and went to Polly's for lunch. Ginger 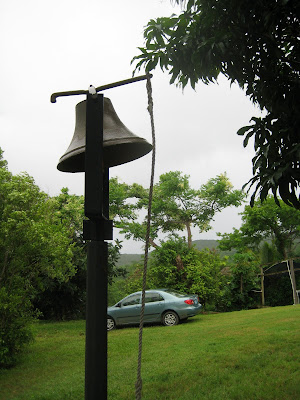 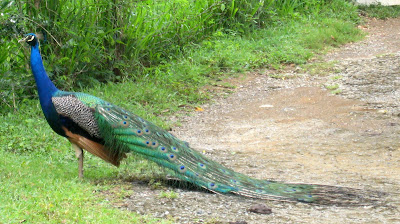 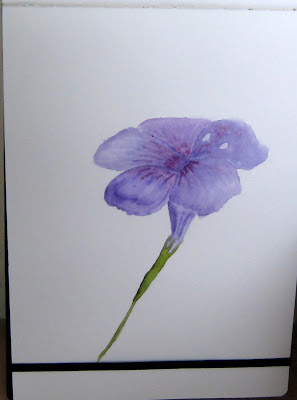 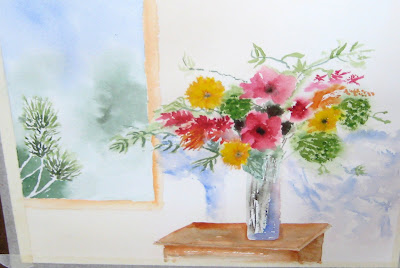 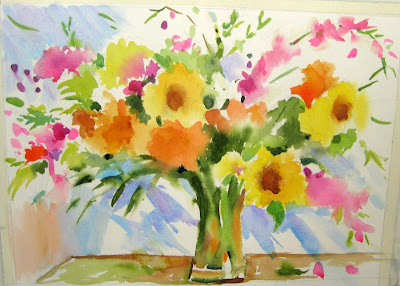 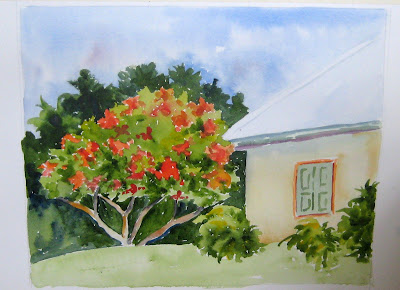 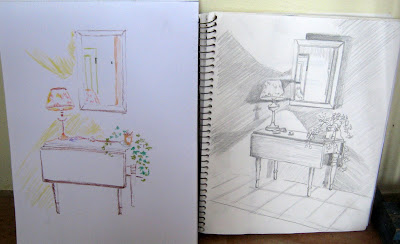 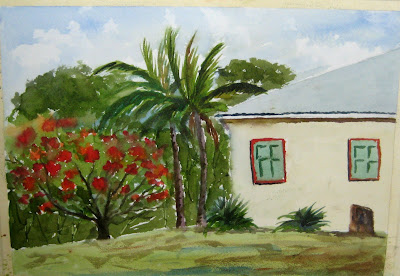 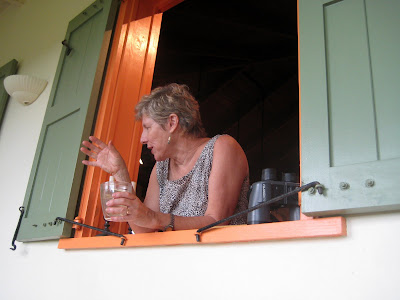 Posted by andersontg at 9:53 AM