The Ruins at Cruzana Manor

When I first saw Emy's painting, I focused on the central scene, thinking that was her painting... then, as I stood back I realized the entire canvas was her painting. A discussion ensued about how she could create dimension and draw the viewer to realize Emy had painted the wall plus the view through its window. We all agreed, she had a great painting there! 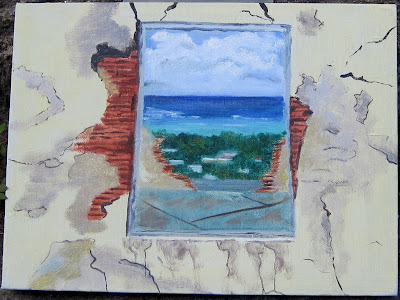 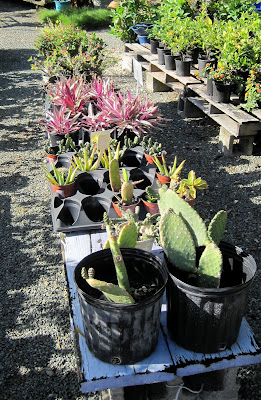 What better way to spend the morning after Thanksgiving than by painting with the Palletteers? That's what 6 of us did this past Friday. Invited by Carol Boston of the Garden Spot, we took advantage of the invite. 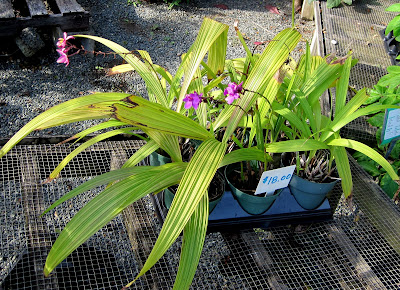 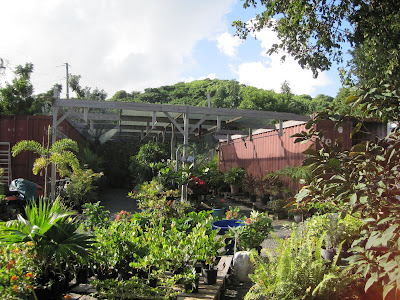 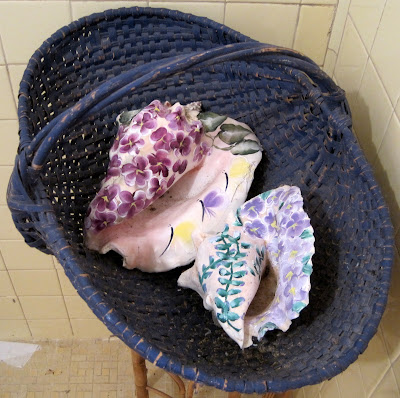 We had the property to ourselves and though the flowers called to us, somehow we all migrated to the ruins of the former Cruzana Manor to do our paintings. I've a good friend whose uncle was one of the former owners of Cruzana Manor and he claimed that Don't Stop the Carnival was written while the author was a guest there. I always envisioned the characters seeking shelter from the plot's hurricane at either the Club Comanche or at the old hotel on Protestant Cay, with a prominent island family as the basis for the main characters. 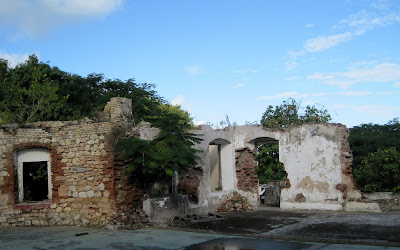 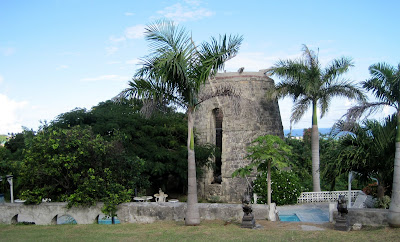 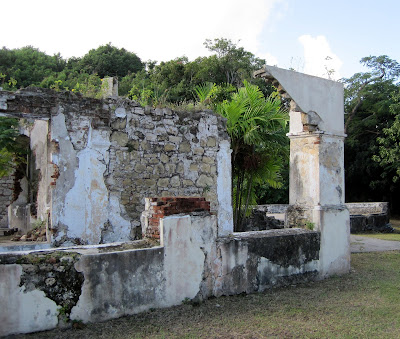 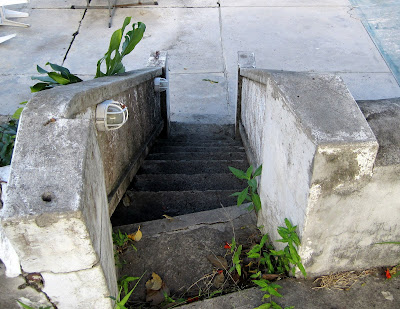 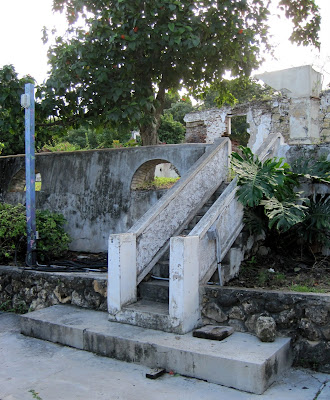 The ruins are spectacular but they also brought back memories of my wedding reception held on the property 40 years ago this month. In the early 70's, it was the perfect place for a party. Below, I'm getting ready to throw my bouquet while standing on the same steps pictured in the photo above. My mom, of course, was doing some organizing! Notice my wreath of flowers and my husband's love beads, with the former greathouse behind us!! 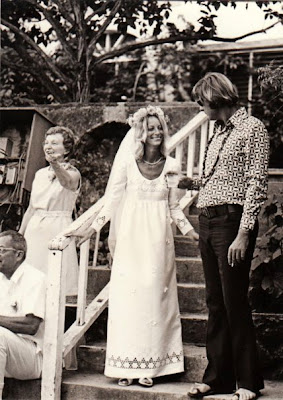 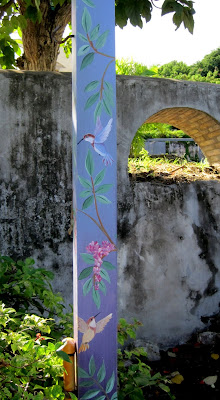 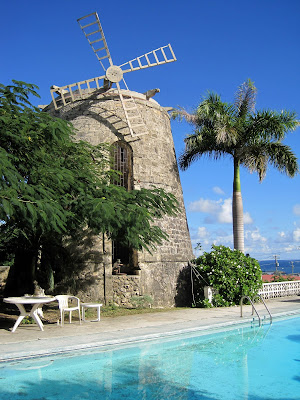 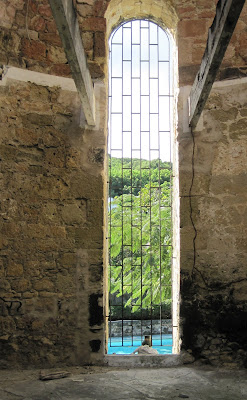 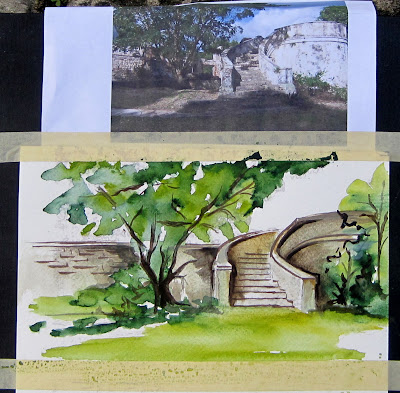 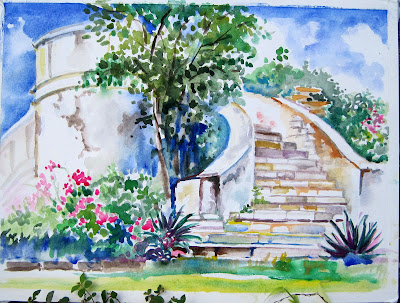 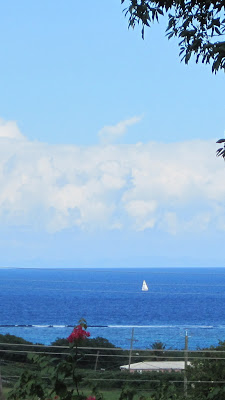 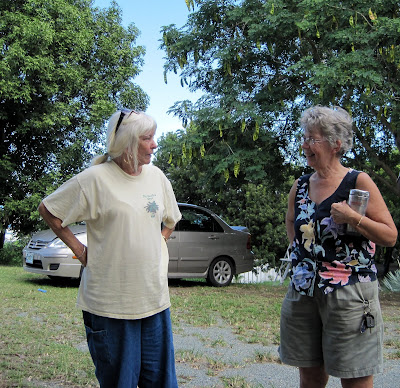 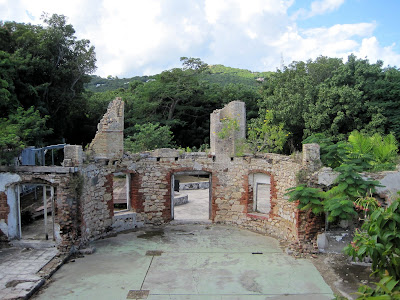 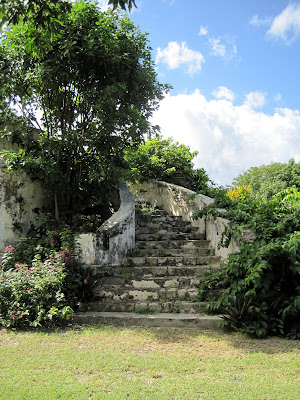 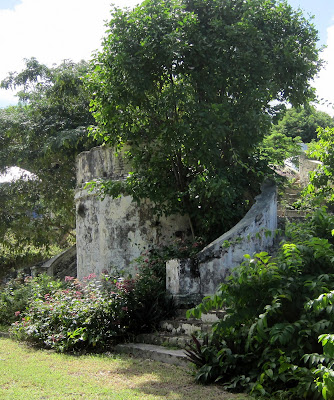 Ginger
Posted by andersontg at 3:01 PM