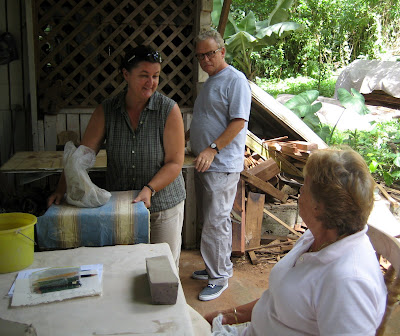 Mandy Thody is demonstrating how to use the clay during the opening of her workshop. At the end of the workshop day, Freda proudly shows her Puff the Puffin. 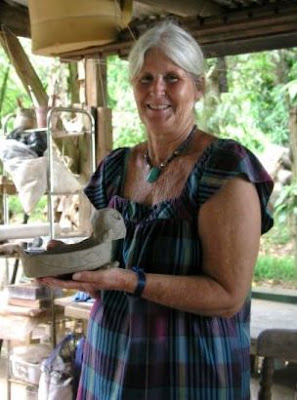 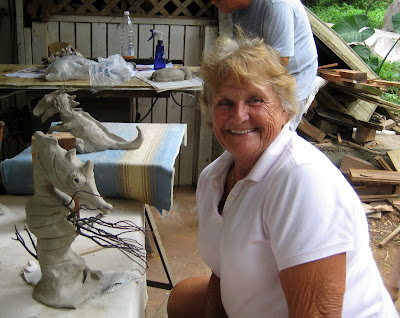 Elizabeth is finished with the sea horse she created while Ginger adds some finishing touches to her Ginger Dragon. 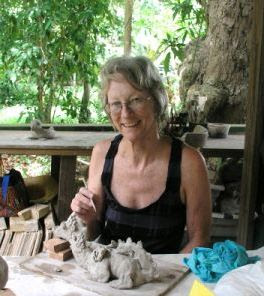 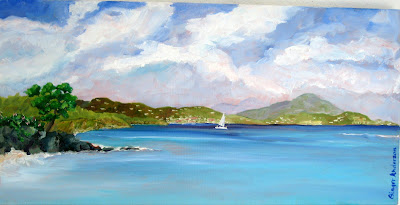 View from the Buccaneer Beach painted plein air on a mid-week day by Ginger. Gingerbread, Sugarbird, and Frangipani was another mid-week effort by Ginger. 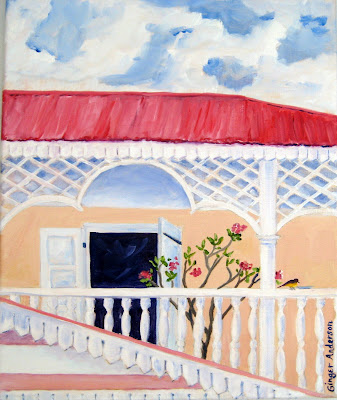 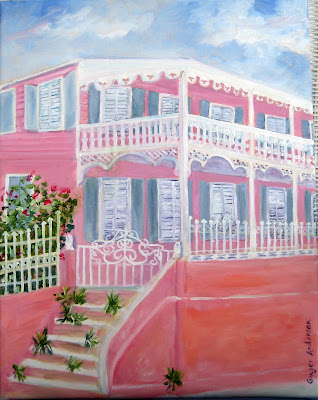 Ginger's oil and Brenda's watercolor show different approaches to the same view of the pink Victorian house in Frederiksted done on two Wednesdays in the summer. 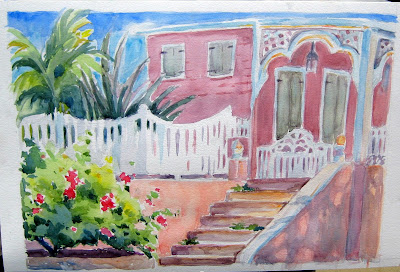 Elvin joined the group to paint view up the beach behind the Victorian. 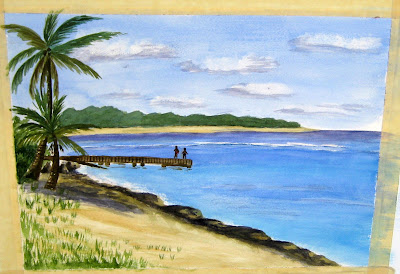 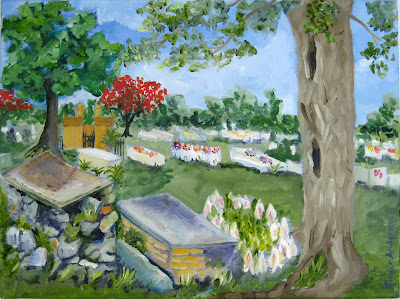 Do you recognize it? A mid-week trip to paint in the Christiansted cemetary drew much email interest! Above is Ginger's oil of three graves in the old part of the cemetery. Below, the watercolor by Elvin shows some of the gorgeous flamboyants gracing the graves at this time of the year. 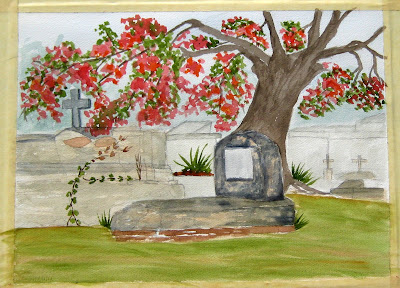 Below, Elizabeth's watercolor catches the soft, serene atmosphere of the site. 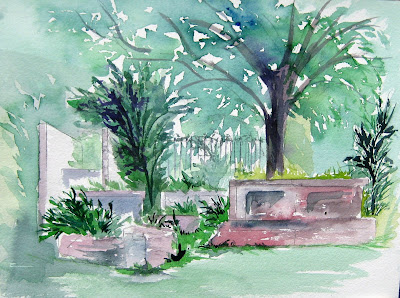 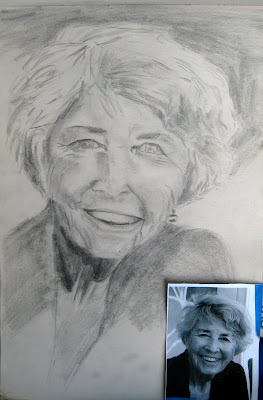 In the Portrait drawing class Ginger produced the likeness of Emeline. 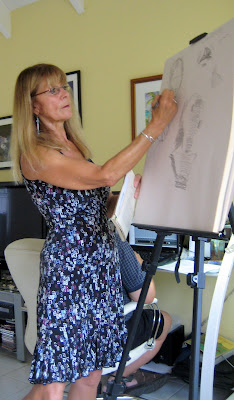 Brenda demonstrates proportion and shading techniques in her Portrait drawing class, above. Below, Jane Akin discusses some watercolor hints to student artist, Freda. 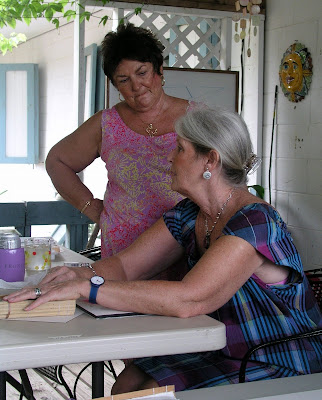 Many different drawing styles and abilities are exhibited in the figure drawing sessions conducted at Cindy Male's studio. 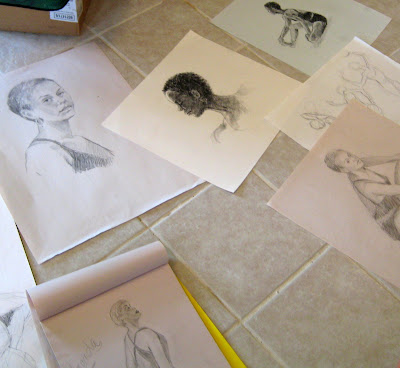 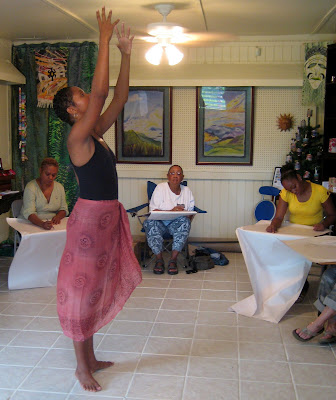 I thought it would be fun to tell everyone what we're all involved with, artistically, this summer. The photos above tell part of the story, here's the rest:
On St. Croix, we've attended painting classes with Jane Akin, figure drawing sessions at Cindy Male's, and portrait drawing classes with Brenda Taylor, and a clay workshop with Mandy Thody. Many of us were first timers in these activities and really really enjoyed participating in them. The classes and sessions are ongoing and there will be another clay workshop probably in October, so check them out if you're interested. I highly recommend all!
In addition to that, some of us have gone out painting on a mid-week day, too, and that's also been entertaining. We've met such characters and friendly friendly people!
More:
Kate Kroska has developed her new website www.kroskalifecoaching.com and will be offering a teleworkshop: "Meet Your Muse: An Invitation to Kindle Your Creativity" over 4 Wednesdays in September.
Off island:
Alexis Lavine's beautiful painting of a lowly old tee shirt hanging on the line is presently on display at Ambleside Gallery in downtown Greensboro as part of an exhibition of watercolors by members of the Watercolor Society of North Carolina. If you're there, stop by to see a selection of juried watercolors from across the state! The gallery is located at 528 South Elm Street and the opening reception is this Friday, August 7, from 6:00 until 9:00 p.m.
Janet Bell entered two pieces in a juried art show that was part f the festivities of the Lobster Festival in Rockland, Maine, one of the biggest events of the year. Janet won two ribbons, a third place and an honorable mention!
Carolyn Robyler has just returned from a summer in South Africa where she did missionary work. Check her blogsite for a rundown of her experiences there.
http://carolynshelpinghand.wordpress.com/
Marilyn May is currently continuing her mission work on US soil after having to suddenly leave her work in Honduras after the government coup there.
Happy painting, all!
Ginger
Posted by andersontg at 9:07 AM