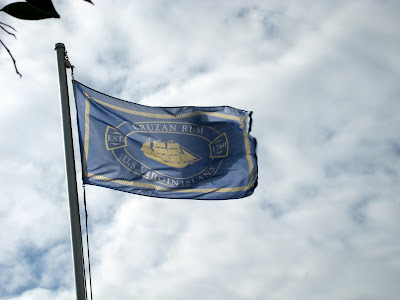 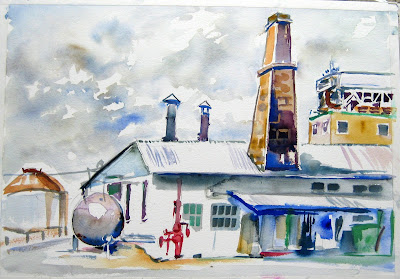 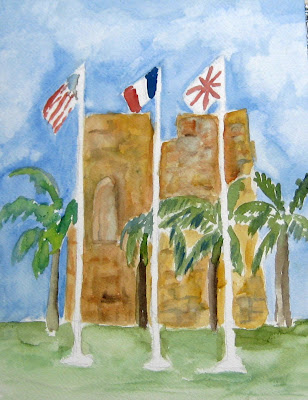 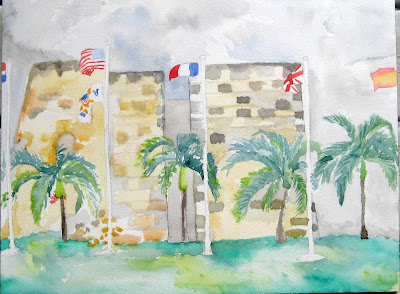 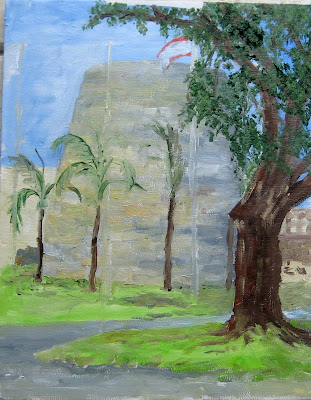 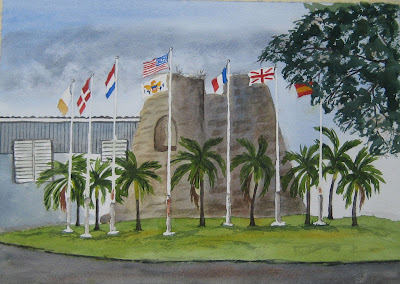 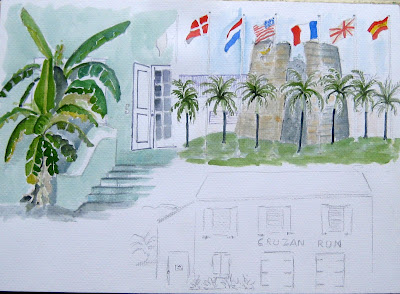 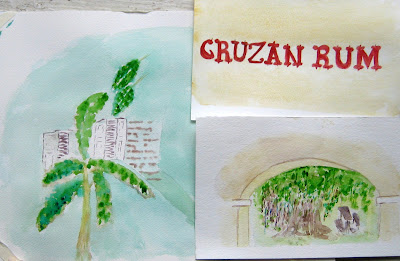 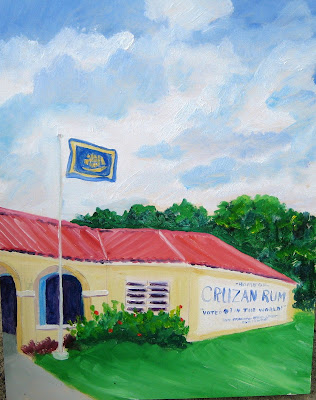 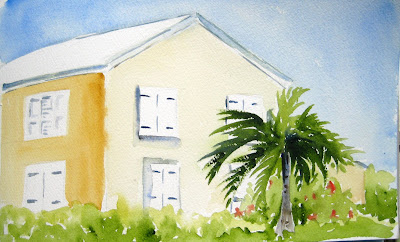 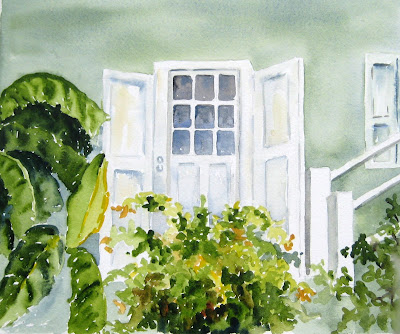 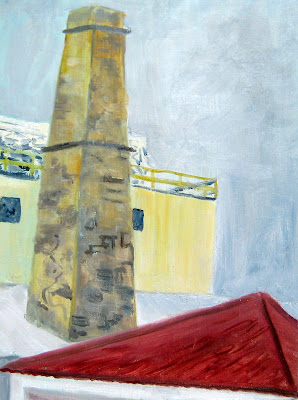 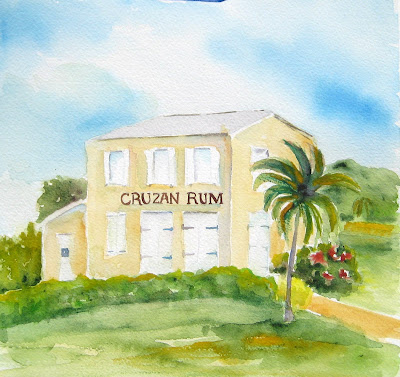 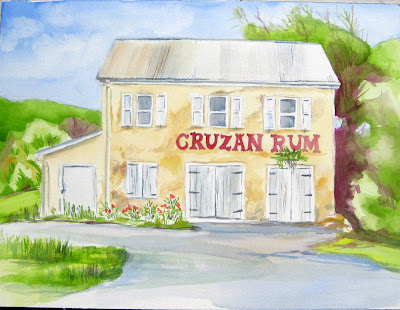 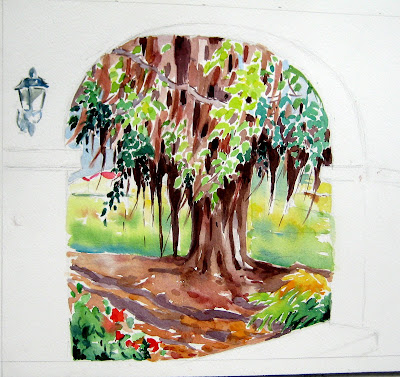 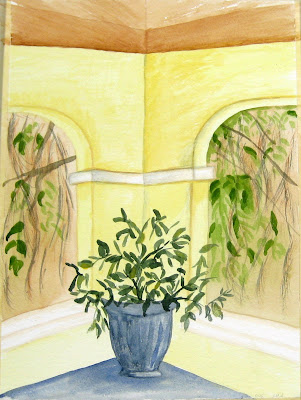 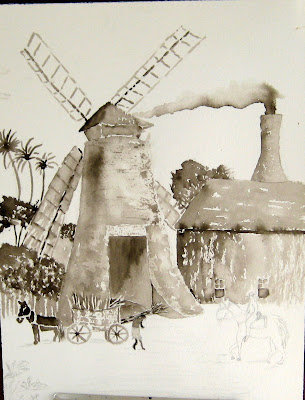 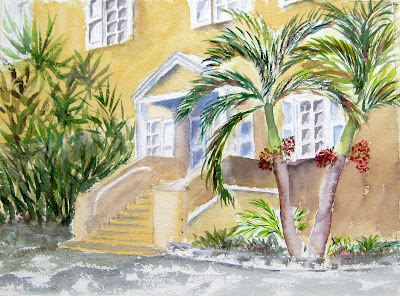 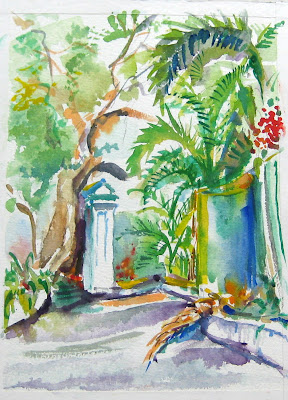 The day began de-spirited looking but after arriving at the grounds of the Cruzan Rum distillery our spirits quickly picked up (no pun intended). It was a grand morning, with each of us admiring the property and the many painting choices it provided us. Wow! After settling in to paint, the morning moved swiftly. Since they weren't processing any rum while we were there, the sounds of the birds, roosters, and an occasional airplane were interspersed with the excited chatter of visitors to the site. Despite the occasional dark cloud overhead, the morning was crisp and clear and it was a joy to be painting. It seemed incongruous that the grounds of a distillery could be so beautiful. There is definitely a reason to include this showcase of the VI in any island tour. I stood under an humongous ficus tree, often kissed by one of its tendrils as I painted, and wondered how many generations ago it began its life on the property.. how much of history it had witnessed. Others positioned themselves under giant mahogany trees or in the visitors pavillion. A few chose to sit in the outdoor tasting room.. no, they didn't sample the rum.. at least not to my knowledge. Since it's January, our group is growing with the gentle influx of our winter people. Joining us "homies" were Eleanor, Janet, Melinda, Harriet (yay! another oil painter!), Phebe, and Kitty. Margaret, too, managed to take the day off to paint with us. So it was a good sized group and we were pleasantly welcomed by the staff of Cruzan Rum from the moment we entered through their gate. After a most interesting "Show and Tell" we reluctantly left, vowing that we would most certainly return...and soon.
Ginger
Posted by andersontg at 6:26 AM